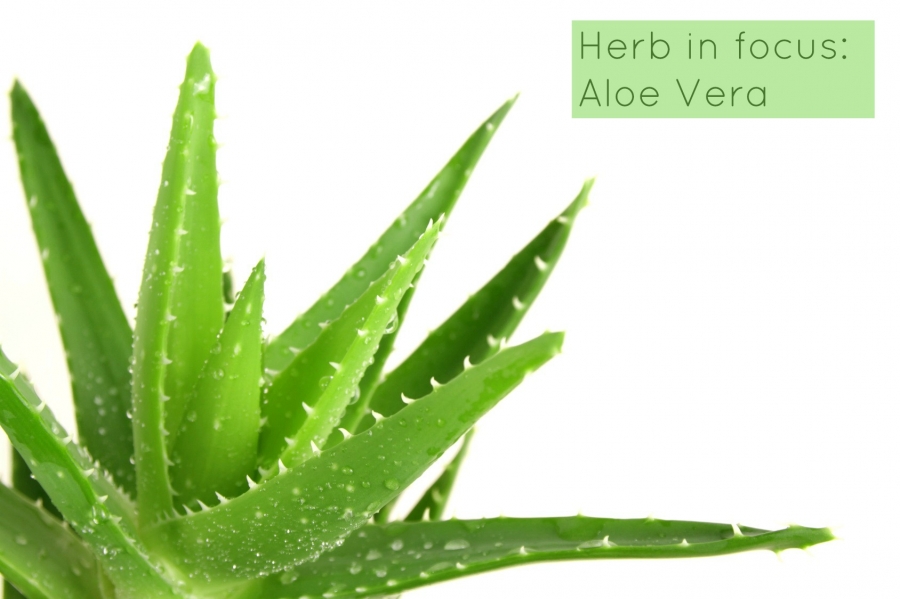 This easy to grow plant has a wide range of medicinal properties. It’s a little medicine chest in one pot!

Aloe Vera has been used since ancient times as a medicinal plant. In fact, evidence of use has been found on a Mesopotamian clay tablet dating back to 2100 BC (Atherton, 1998).

It is a favourite herb in Ayurveda and is used for an extensive range of aliments. It’s used topically as a treatment for wounds, burns and other skin conditions, and internally to soothe an inflamed digestive system, heal ulcers, a laxative, and as a general tonic.

According to legend, Alexander the Great captured an island in the Indian Ocean in order to gain the Aloe Vera for his wounded army! Aloe Vera is a common ingredient these days in most cosmetic products.

There are over 240 species of Aloe, however only 3 or 4 of them have medicinal properties; the most potent one is Aloe Vera Barbadenis.

The healing effect of aloe results from its ability to prevent injury to epithelial tissues, and promote healing of injured tissues. They epithelium is the outer layer of cells that cover the body. The gel of Aloe Vera has antimicrobial, immune-stimulating, anti-inflammatory and cooling properties which makes it excellent for healing the skin. This is for both topical application and for internal consumption to treat skin conditions. Aloe also stimulates fibroblasts, the cells responsible for healing wounds and manufacturing of collagen (the protein that controls the again and elasticity of the skin).

Aloe Vera purifies the blood and due to its cooling properties it combats the Pitta dosha whose imbalance contributes to chronic skin conditions such as acne, eczema, psoriasis and hives.

Other epitheliums in our body include the lining of the gut, the bronchial tubes and the genital tract, which also benefit from the healing effect of Aloe Vera.

According to a randomised, placebo-controlled study, those with diarrhoea-predominant IBS who received Aloe Juice responded statically significantly better in symptoms than the placebo group. Results were seen within the first month of treatment (Davis et al 2006).

A double-blind randomised, placebo controlled trail evaluated the efficacy and safety of Aloe in Ulcerative Colitis. 30% of subjects that received 100ml, twice daily for 4 weeks experienced clinical remission of the condition, compared to 7% for placebo (Davis et al 2006).

There are many Aloe Vera gels, juices, sprays, potions on the market these days but nothing beats the fresh plant itself!

The inner gel of the fresh plant is best to use for both topical and internal benefits.

For Light burns and wounds:
– Cut off an aloe leaf and apply the gel several times a day.